“The Bible reads me” by Karl Barth

“I have read many books, but the Bible reads me.”

“Calvin is a cataract” by Karl Barth

“Calvin is a cataract, a primeval forest, a demonic power, something directly down from Himalaya, absolutely Chinese, strange, mythological; I lack completely the means, the suction cups, even to assimilate this phenomenon, not to speak of presenting it adequately. What I receive is only a thin little stream and what I can then give out again is only a yet thinner extract of this little stream. I could gladly and profitably set myself down and spend all the rest of my life just with Calvin.”

“He throws the furniture around” by Flannery O’Connor

“I distrust folks who have ugly things to say about Karl Barth. I like old Barth. He throws the furniture around.”

“Can it really be characteristic of the communion of saints to increase in consequence and prestige and influence and outward pomp in the world around: to command increasing authority and esteem for itself as a recognized force, both from the state and other human societies; to win an assured and generally acknowledged place in the structure and activity of worldly politics and scholarship and literature and art?

We need hardly demonstrate or bemoan the fact that the Church has often acted as if a positive answer had to be given to this question. But the very opposite is the case. The Church has the promise that ‘the gates of hell shall not prevail against it’ (Mt 16:18), but it has no promise to this effect. Its glory will be manifest when that of its Lord is manifest to the world. In the time between it is thankful for all the necessary space that it is granted in the world to fulfill its task.

But the enlargement (or diminution) of this space has nothing whatever to do with its nature or commission. Its enlargement is not promised, nor its diminution demanded. It has its hands full with the task of filling it in the service of its cause according to measure in which it is given (whether great or small). It will not be surprised or annoyed if it is pushed into the corner; or if sometimes it is forcefully deprived of its outward majesty and pushed even more into the corner. It is always seriously mistaken if it tries to grow in this dimension.

The Church of Jesus Christ can never – in any respect – be a pompous Church.”

“Exegesis, exegesis, and yet more exegesis!” by Karl Barth 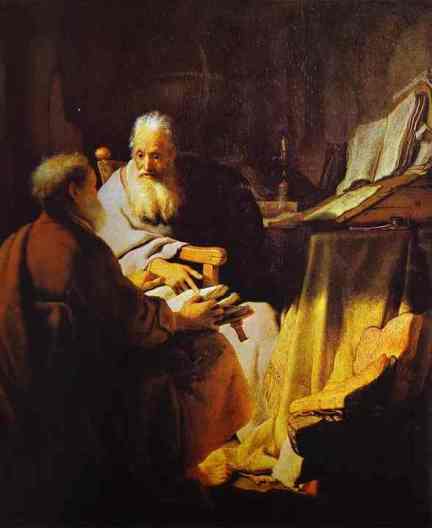 “We have been studying cheerfully and seriously. As far as I was concerned it could have continued in that way, and I had already resigned myself to having my grave here by the Rhine!… And now the end has come. So listen to my piece of advice: exegesis, exegesis, and yet more exegesis! Keep to the Word, to the Scripture that has been given to us.”

–Karl Barth, on the event of his formal farewell to his students in Bonn, just prior to his expulsion from Germany in 1935. Quoted in Gordon Fee, New Testament Exegesis (Louisville, KY.: Westminster, 2002), front matter. Fee cites Eberhard Busch, Karl Barth: His Life from Letters and Autobiographical Texts (Philadelphia: Fortress Press, 1976).